Experience the change in your life! 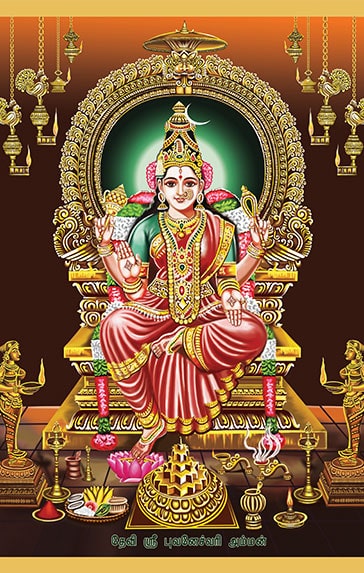 Prabanjam (Universe) is the eternal power with immense energy (sakthi) which controls the activities of the world. Based on Hindu tradition the good & evils incidents occur based on the act of deities of Hinduism which are called as Navagrahas (Navagraham), which are the nine celestial bodies of the universe. Navagrahas absorbs energies from the panjabootham/Panchaboothas (Earth, Air, Water, Fire, & Space). The sakthi obtained from Panchaboothas and the actions of Navagrahas are responsible for the motion of the world. The mysterial energy which controls the world is known as Prabanja Sakthi, which is an eternal power that can’t be described easily.

The imbalance in this sakthi leads way to the fall of one’s life and growth which pushes people into the way of thorns filled with great obstacles. To enrich one’s life, Universal Power should be maintained in a balanced state that helps them overcome the struggles of their life. Prabanja Sakthi is the deity power, which can be created in the form of Yantras.

Yantras are the geometrical patterns drawn on the metal sheets to induce God’s power in them. Yantras are structured in different patterns in the form of lines, circles, triangles that are drawn on copper, gold, silver or Panchaloga metal sheets by chanting Beeja Mantras. Beeja mantras have the power to bring the power from the universe. By chanting these beeja mantras, Guruji Naanu Baba places the particular devatha on yantra, whoever is needed for the remedy of the problem.

Shirdipuram Sarva Sakthi Peedam the top religious centre in Chennai gives much importance to yantra poojas and provides Vedic remedies to all the problems of people based on Hindu Sastras. Distinct Beeja mantras are used to insert a particular power of God that resolves people’s problems. Guruji Naanu Baba brings sakthi from the universe and performs aavahana pooja to capture its power in Yantras.

As per Hindu Sastra, the Yantras are made on metal sheets by Guruji Naanu Baba and anointed performing tantric poojas, and followed by perfectly chanting Vedic mantras and so it resolves all the problems of the devotees. People who are caught in problems reach Shirdipuram Sarva Sakthi Peedam and seek the blessing of Guruji Naanu Baba as he helps them come out of it with powerful yantras. The yantras are designed and given power and then offered to the devotees with instructions to perform certain abhishekas and regular poojas which helps the devotees get rid of their problems.

The main special feature of the yantra prepared by Guruji is, it is drawn only using hand by analysing the unique qualities of the metals. The patterns are drawn using panchaloha nails, silver, etc. The complex task will be performed to bring power into yantra by following procedural methods given in Hindu sastra.