Experience the change in your life!

A couple on a wish to get involved in religious practices started exercising. But unfortunately, things went wrong as they underwent training from misleading people. So they happened to practice tantric pooja in incorrect procedures and exercised poojas in an inappropriate way. The couple kept on performing various poojas with their imperfect learning. As a result of this, all their attempts resulted in a miscarriage and they felt that the poojas done by them got reversed. This ended up as a mystery that the couples heard some kind of mystical voices. The couple got collapsed by the unidentified voices that frightened them. 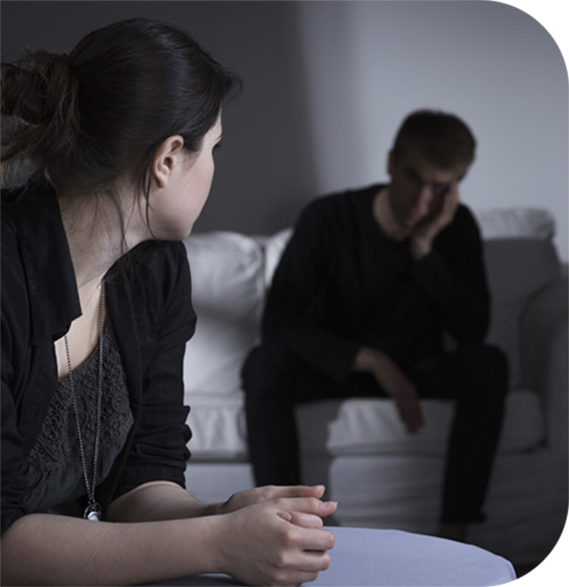 This couple approached various psychiatrists to treat their mental illness. But all ended in failure as no changes were experienced by them rather the problem got more severe.

One fine day they came to know about Guruji Naanu Baba and rushed to Shirdipuram Sarva Sakthi Peedam and surrendered themselves to him as they believed that he would recover them from their problem.

As they were sure that the supernatural voices which horrified them were the result of their improper practice of tantric poojas.

Guruji with his blissful power found that the couple was caught in a serious mental issue and so they wholly suffered from a psychiatric disorder. Guruji uncovered the remedy for their problem to help them get rid of the mental health issue.

Guruji Naanu Baba being a specialist in finding a solution for psychiatric problems, conducted special poojas, taught them some Yoga mudras (signs) and made them practice it as a part to bring the couple out of the problem. In addition to it, Naanu Baba also taught some powerful Mantras (praying by repeating some sounds/words/phrases) to them. All the preaching’s of Guruji Naanu Baba were perfectly followed by the couple and they regularly practised the same. And finally, this couple entirely came out of their mental health issue.

Many devotees keep on coming to Shirdipuram Sarva Sakthi Peedam to seek blessing from Naanu Baba and get a solution to their mental problems. Guruji provides a solution for all kind of psychiatric problems and preaches divinely way to get rid of mental health issues. Recovery from mental issues is assured at Shirdipuram Sarva Sakthi Peedam for the welfare of the devotee’s life & betterment of their family.